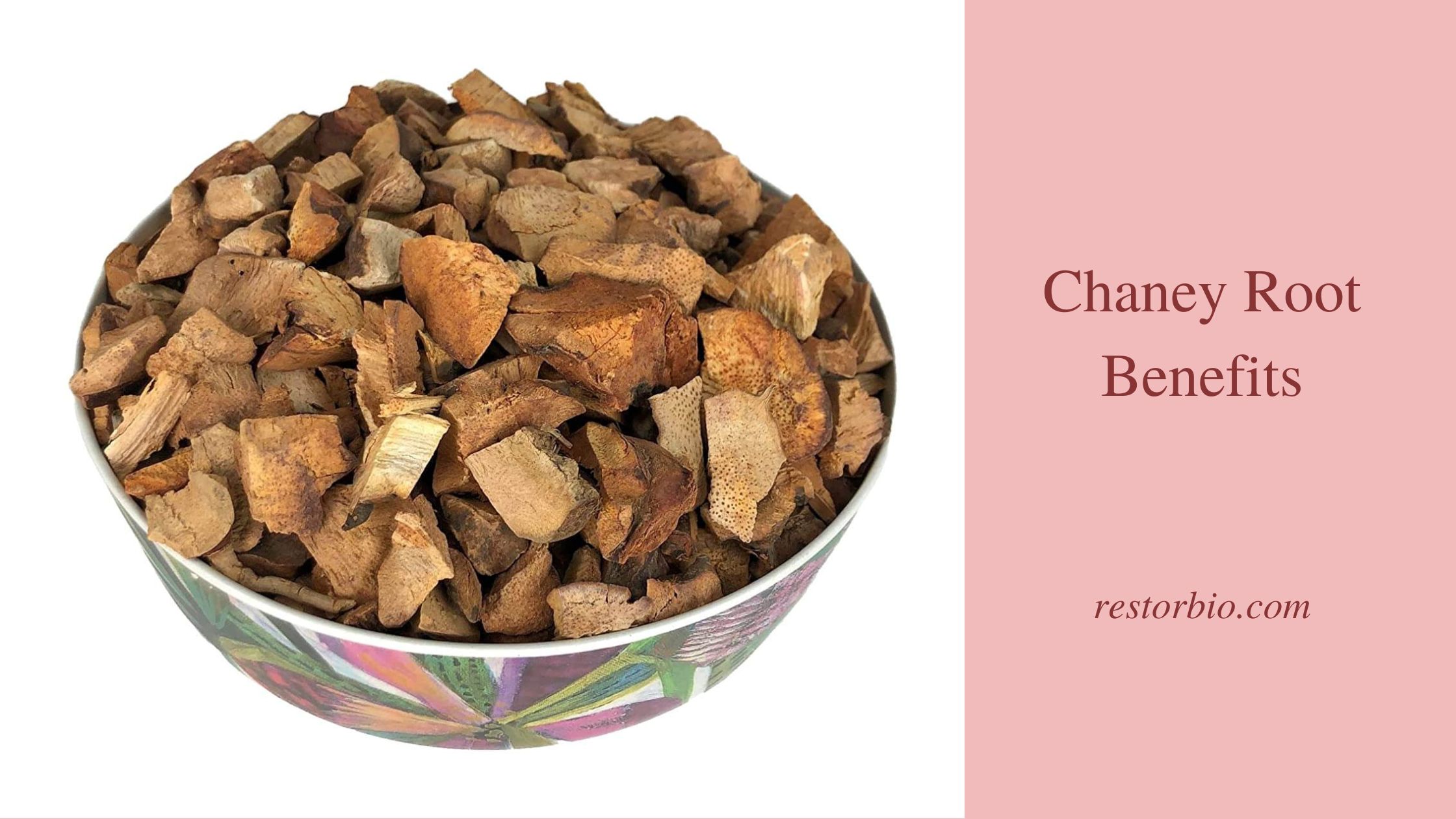 Technically known as Smilax Balbisiana, chaney root is a frequently utilized medicinal herb in Jamaican traditional medicine. In fact, I wrote about Jamaican woodroot tonic, which contains it as one of its primary constituents.

It is indigenous to South and Central America but is most frequently used in Jamaica. Although the herbs themselves offer advantages of their own, the root is the most popular component and the topic of this article.

What Is Chaney Root

Other names for this plant include Chaney vine, Jamaican sarsaparilla, God Bush, and Hog Head. For hundreds of years, natives used the root to maintain their health. When the Spanish conquered Jamaica, many of the indigenous fled to the highlands, and it was widely explored. 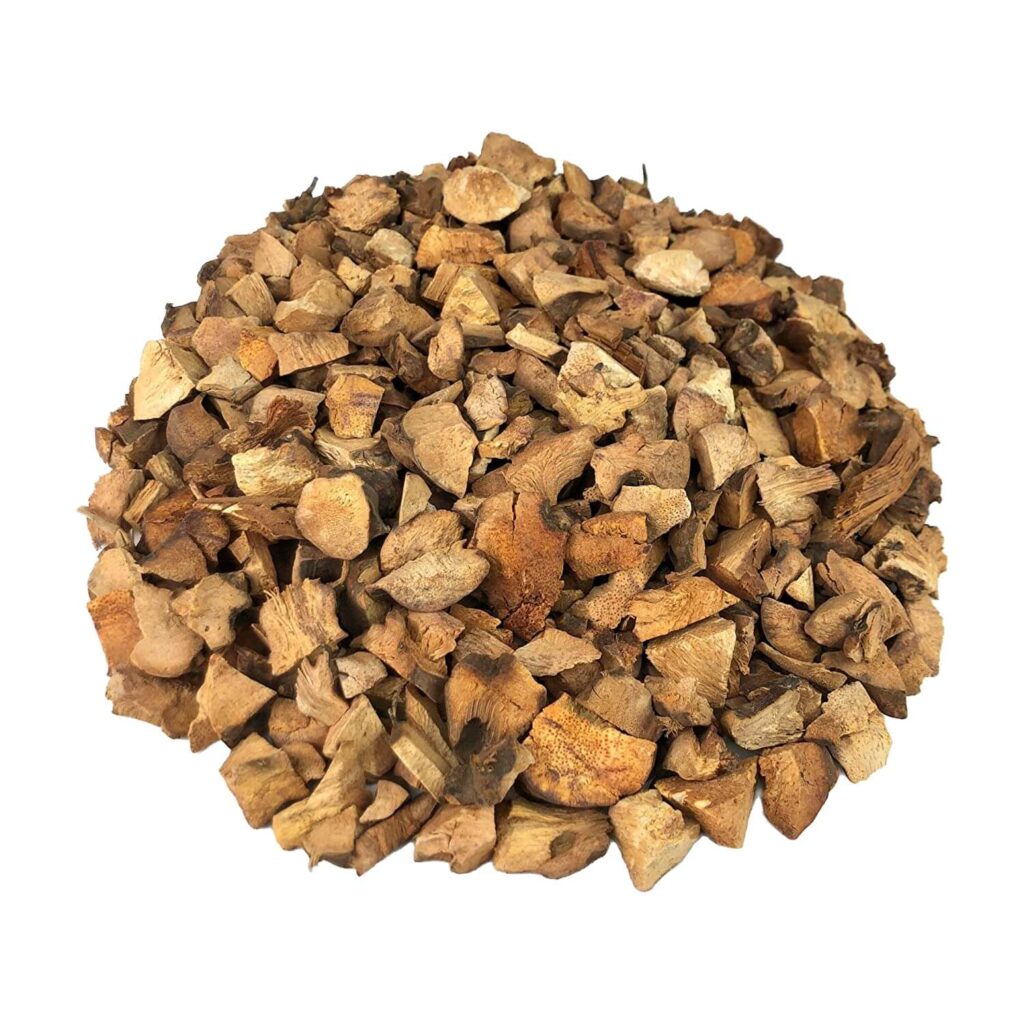 According to legend, the Chaney root has astringent, hepatic, analgesic, and aphrodisiac effects. It is particularly rich in iron and contains a variety of other minerals as well.

Chaney root is also widely used as a potent circulatory system support. It is supposed to help anemia, strengthen and purify the blood, and increase blood count.

That is mostly due to the high iron content of the soil. Red and white blood cells, as well as hemoglobin, are produced in large part thanks to iron. Both of which have significant advantages for the treatment of anemia and the overall health of the circulatory system.

The Chaney root is a natural aphrodisiac, as we’ve already mentioned. This implies that it boosts sexual arousal, pleasure, and endurance. In Jamaica, that is really one of its primary purposes.

Back discomfort is frequently treated with chaney root. Once more, this is due to its potent anti-inflammatory qualities. The majority of back pain is brought on by inflammations, and even if it isn’t, the body’s natural response to pain, inflammation, brings on more pain.

READ ALSO  How To Make Sugar Scrub For Body At Home 2022?

In actuality, you are taking anti-inflammatory medications when you take aspirin or ibuprofen. Consequently, Chaney root might be a better, all-natural remedy.

Although not a typical application for Chaney root, this is undoubtedly advantageous. Menstrual aches are largely caused by inflammation.

And as we mentioned in the last part, anti-inflammatory medications are what you take when you take painkillers. Therefore, chaney root may help to naturally ease your menstrual pain.

Chaney root is a rich source of iron. It therefore supplies the body’s need for blood. Additionally, this tea helps women who experience blood deficiencies throughout their periods and after birth. You may solve all of these issues by having this tea in your diet. and increases your physical toughness.

This tea detoxifies your body. It clears the blood of the contaminants the body produces. so that the veins’ blood can flow normally. and raises the blood’s quality.

Regular consumption of this tea lowers elevated LDL cholesterol (bad cholesterol). You can try this if your doctor advises you to clean the blood.

Drinking chaney root is good for the skin. Skin rashes, psoriasis, eczema, dermatitis, pigmentation, acne, and uneven skin tones can all be helped by it. All of these issues can be resolved with regular consumption of this tea.

Beneficial for rheumatism and arthritis

This serves as a cure-all for someone with back discomfort and arthritis. When given to an arthritic patient, they show to be quite successful. It is simple to treat arthritis if the patient is given gram route tea in the early stages of the condition.

If a patient with anemia drinks Chaney root tea, it improves their quality of sleep significantly. In addition, this tea raises low blood counts and enhances the quality of the blood.

This plant contains a lot of iron. As a result, especially in situations of anemia or low blood count, it is effective for cleansing and building up the blood.

Chaney root can provide pain alleviation for those who are experiencing it. 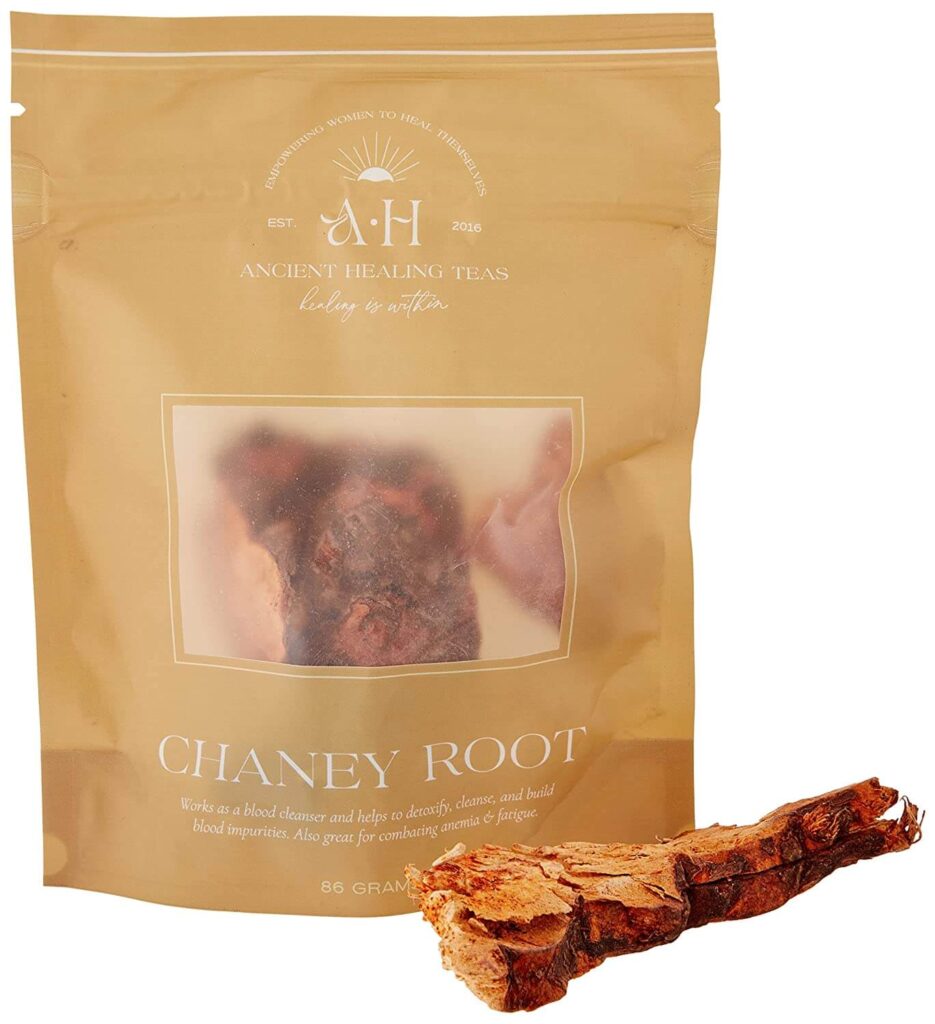 It’s thought to have aphrodisiac properties. The libido and sexual appetite are reported to be improved or increased by this herb. Chaney root is made into tonics for use as a hepatic, analgesic, and alterative in medicine. It has been used to treat anemia, syphilis, arthritis, and weariness and is high in iron. It is also well known as a blood purifier. It was regarded by the Mayans as a tonic for general weakness. In Jamaican forests, chaney root is frequently harvested and utilized in “Root” tonics. It can be found as an extract, turned as a cold beverage, powdered, or put into tea. 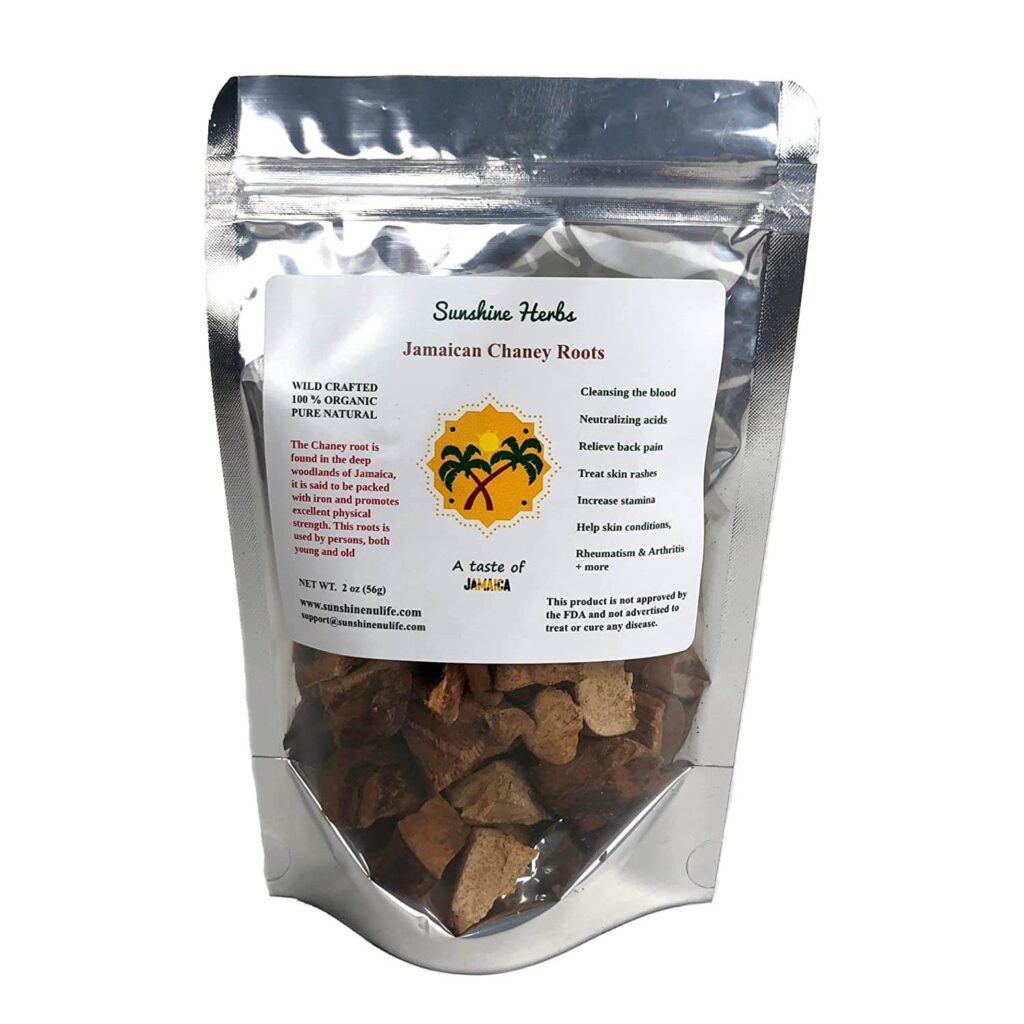 Chaney root is regarded as bestowing longevity, happiness, and good health. It is also thought to be applicable to spells related to Jupiter, including those involving spirituality, growth, law, luck, love, and meditation. Chaney root and other herbs can be boiled together to create a potion. Boil Chaney root with six other plants to increase a “man’s nature,” then add a little rum, sugar, milk, or cream to the mixture to make an aphrodisiac. Boiling sugar and cloves together can provide a general strengthening tonic. This helps the kidney and blood as well as treat syphilis, rheumatism, and skin conditions. Chaney root is also a component in Lunatonic, a commercially available magic beverage that is believed to open the heart and make one more open to the beauty of life.

The chaney root is also employed to assist ladies who are experiencing internal hemorrhaging due to childbirth or menstruation. This is achieved by boiling the root and garlic together for about 15 minutes, letting the remedy cool, and then sipping the concoction throughout the day. Chaney root was a “old time” therapy for syphilis and is also used as a tiredness remedy.

Is Chaney root and sarsaparilla the same thing?

The only real differences between the two are how strong some crucial elements are.

Sarsaparilla is excellent at purifying your blood and has a more varied mineral composition. Chaney Root, on the other hand, has greater effectiveness for sexual health because to its increased iron content.

They are both excellent natural roots on their own, but when combined, they will undoubtedly enhance your health. Well-being is riches.

How to Prepare Chaney Root

Chaney root tea is very easy to make, for this you need very few ingredients.

READ ALSO  Can You Use Body Lotion On Face? Top Full Guide 2022

sugar or sweetener as per your taste

Overnight, soak the Chaney root in water. Add 900ml of water the following day, and boil it for 20 to 25 minutes. After thoroughly boiling it (since it has a bitter flavor), you add sweetness. Your tea is now ready to be consumed two to three times a day. 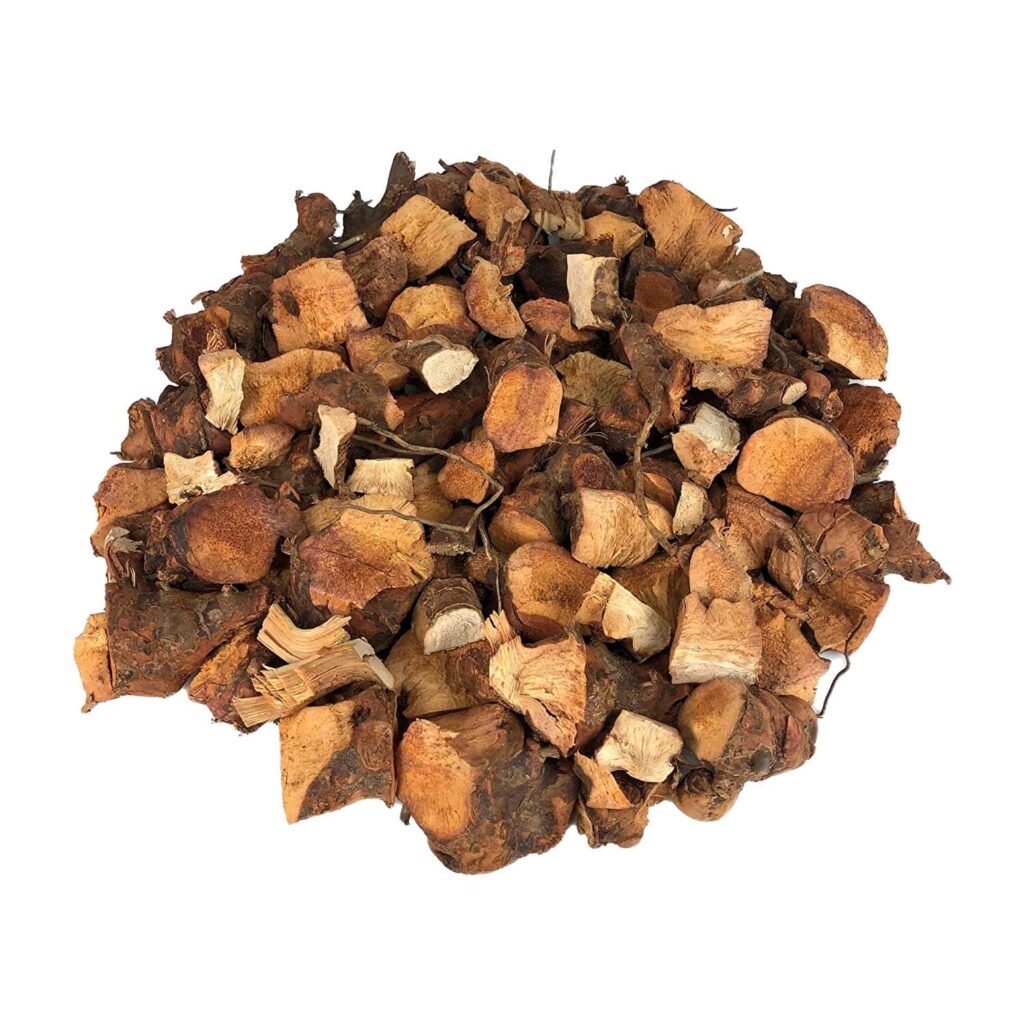 Jamaican chaney root can be used as a herbal tea or as a key component of tonic beverages. To create chaney root herbal tea, the root must first soak overnight as is customary. The root is then cooked for a further 15 to 20 minutes, strain it, and then add honey or sugar to taste. To make a tonic drink, Jamaican chaney root is blended with other herbs, such as sarsaparilla. To lessen the possibility of negative effects, the herbs must be carefully cooked before usage.

Most people with diabetes, high blood pressure, nursing mothers, pregnant women, etc. are prohibited from doing this. I advise them to speak with a doctor even if they decide to drink this tea.

What Are The Side Effects Of Chaney Root?

The use of Chaney root tea has not been linked to any additional negative effects. However, utilizing it more frequently can result in issues with the stomach, chest, and kidneys. But it’s not entirely true.

Chaney root has not been subjected to safety and testing because it is not FDA-approved. if you are taking a medication. Therefore, you should only take this Chaney root after consulting a physician.

The issue is moderation because an excessive amount of any healthy beverage can be harmful to your health. Incorporate Chaney root tea into your diet using the correct information.

The benefits of chaney root are mostly due to its potent anti-inflammatory properties, high iron concentration, and other minerals. The root is an effective natural supplement for treating a variety of inflammations, anemia, poor circulation, and low libido when taken as a whole.

Final Remarks: Despite a long history, we advise seeking medical advice before using this plant since there has been no formal research done on it. especially if you’re expecting or have a health issue that could get worse. 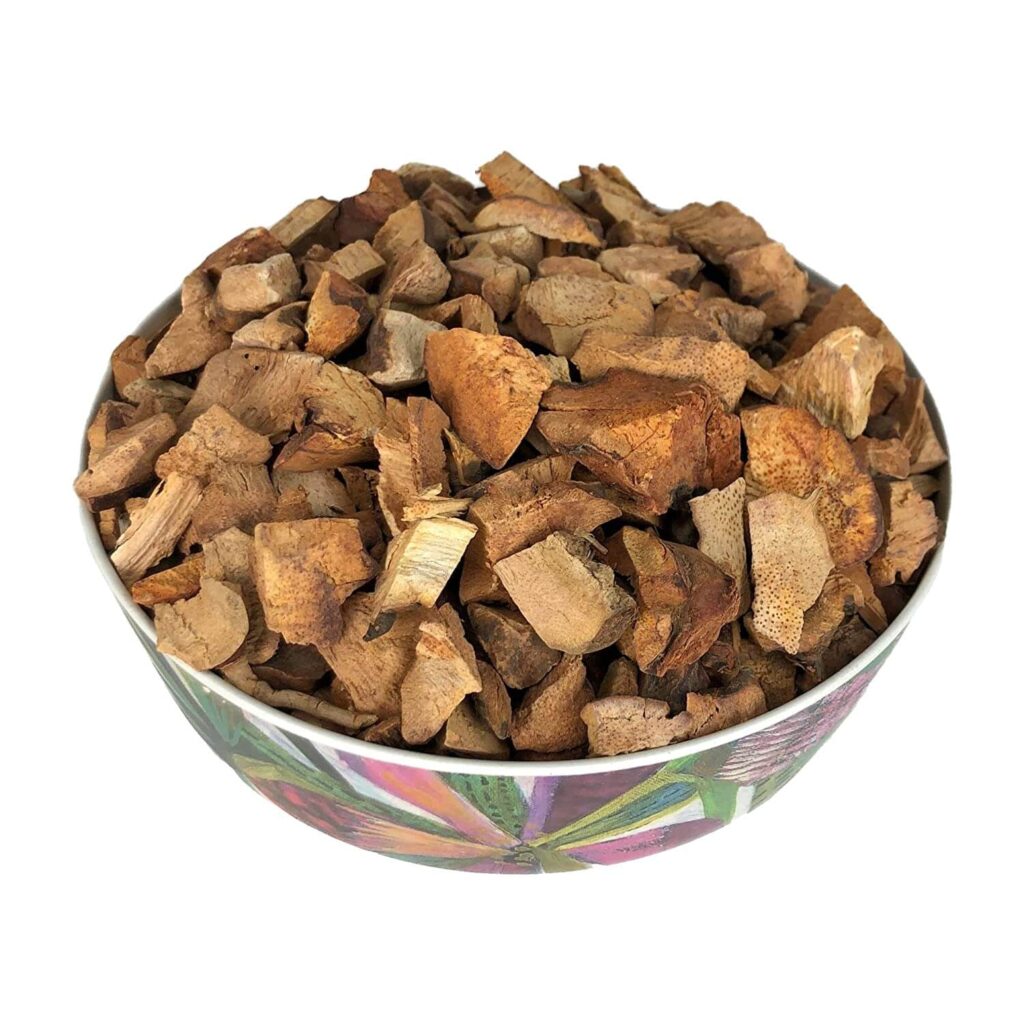 An overdose might be from any food or health beverage. You receive a signal from your body. It’s important to identify the symptoms.

If you have a chronic illness and are taking medication, you should speak with your doctor or a health advisor before taking this. 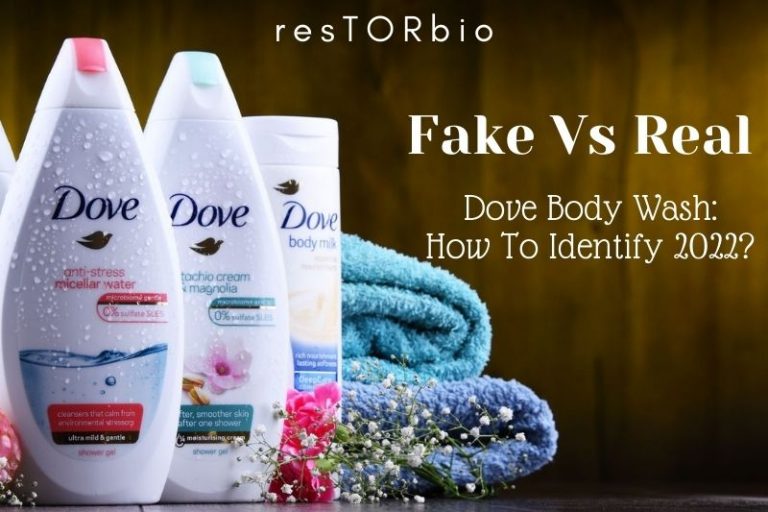 Ever since I was a teenager, I have always been a Dove user. From beauty bar and body wash to shampoo, I love their wide range of products. As we all know, Dove has always been a trusted brand for body wash, but recently there have been reports of counterfeit products hitting the shelves. So,… 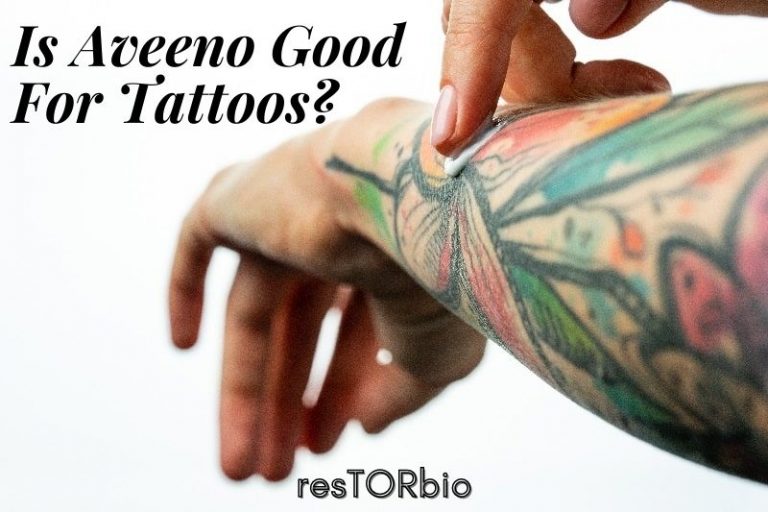 Aveeno is a popular skincare brand that many people use for tattoos. However, there is no clear answer as to whether or not Is Aveeno good for tattoos. Some people say that it helps keep tattoos looking fresh, while others say that it can cause them to fade. So, What is the truth? In this… 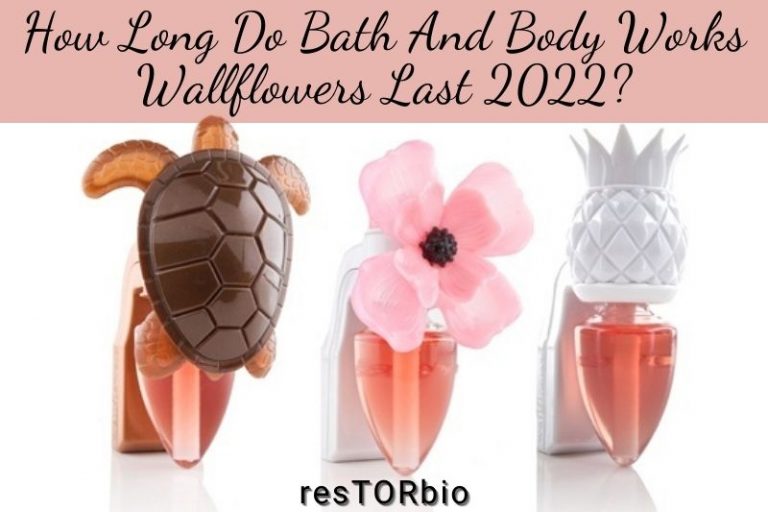 Bath and Body Works Wallflowers offer a convenient and affordable way to enjoy your favorite scents in any room. How Long Do Bath And Body Works Wallflowers last? Keep reading to find out the answer. ContentsWhat Is Chaney RootChaney Root BenefitsHealthier Circulatory SystemBetter LibidoBattles InflammationsRelieves Back PainAlleviates Menstrual PainsRich in IronCleanse the bloodImprove skin complexion… 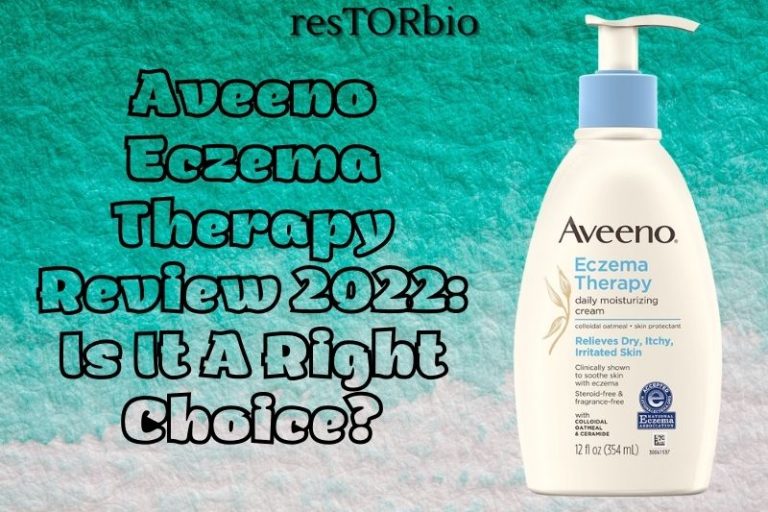 Eczema is a skin condition that is characterized by inflammation, dryness, and intense itching. Some people are more prone to eczema than others, and the condition can be difficult to manage. Aveeno has come out with a new line of eczema therapy products that are designed to help people manage their symptoms. This Aveeno Eczema… 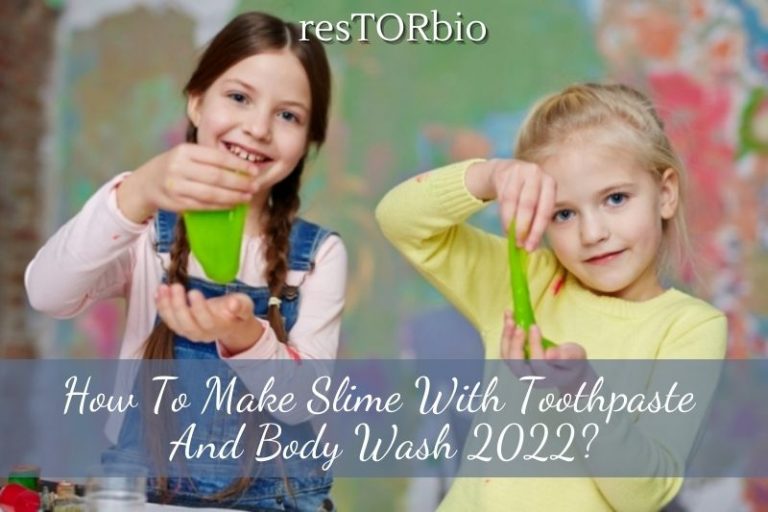 Making slime is a fun and easy activity that can keep kids entertained for hours on end. In this guide, Restorbio will show you how to make slime with toothpaste and body wash. This recipe is simple, quick, and easy to follow. ContentsWhat Is Chaney RootChaney Root BenefitsHealthier Circulatory SystemBetter LibidoBattles InflammationsRelieves Back PainAlleviates Menstrual… 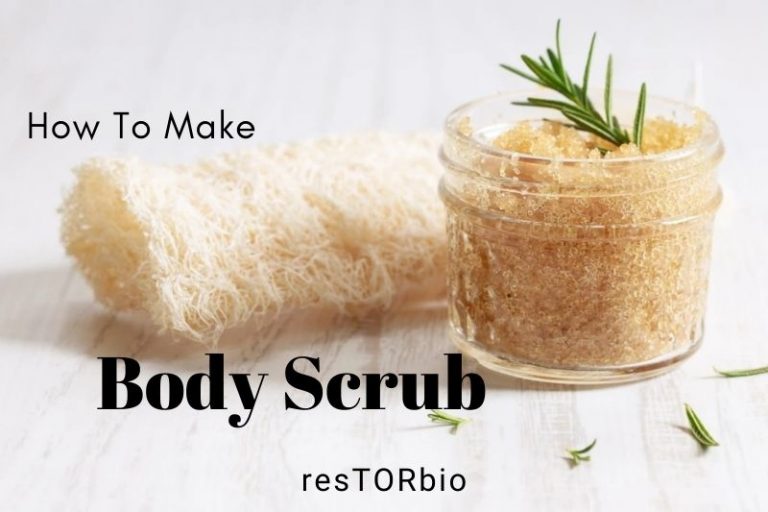 Looking to add a little pampering to your beauty routine? Check out this easy tutorial for how to make body scrub by yourself! With just a few simple ingredients, you can create a luxurious treatment that will leave your skin feeling soft and smooth. ContentsWhat Is Chaney RootChaney Root BenefitsHealthier Circulatory SystemBetter LibidoBattles InflammationsRelieves Back…